Feel free to chat about anime, manga, light novel or games here (or anything really of interest).
Post Reply
2 posts • Page 1 of 1

Synopsis: You install a new 4GB Radeon video card, the RX 460 in your PC's PCI Express slot, you get the drivers installed, everything seems to be working fine, but after you reboot your computer, it no longer boots, no video output, it stays stuck... Uh-oh, so what went wrong, why ??

TroubleShooting Steps I went through:

2) Now I'm in a panic thinking my motherboard is dead and that I'd need a new computer... I tried to think, what, why is this happening...? Then, I spotted a ruptured capacitor near the PCI Express slot! AHA, I thought!!!!!! Maybe the EE skills I learned from TheSteve (Steven Hanley) will help, so time to pull out my soldering iron, my cap kit, etc., and see if I can save this 2008 motherboard!!!!! After I unscrewed the whole motherboard out, I got to work!

a) Presenting, the victim capacitor: 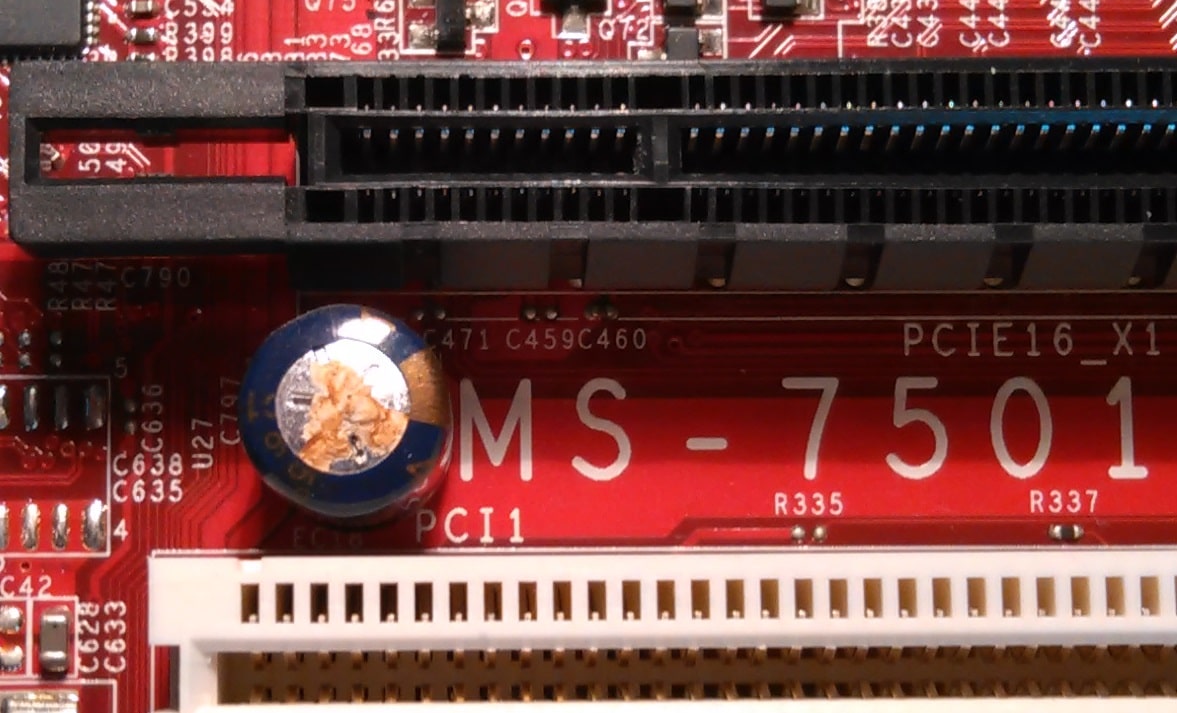 b) After much difficulty, I desoldered it off: 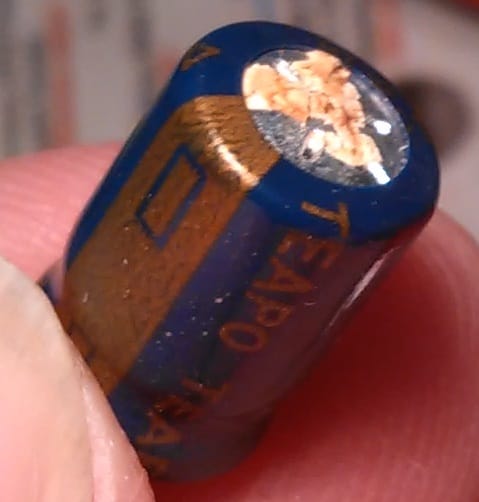 c) For kicks, just to see how much it failed, I used my VC99's cap testing feature to measure its remaining capacitance ability (it's a 470 uF cap, so...): 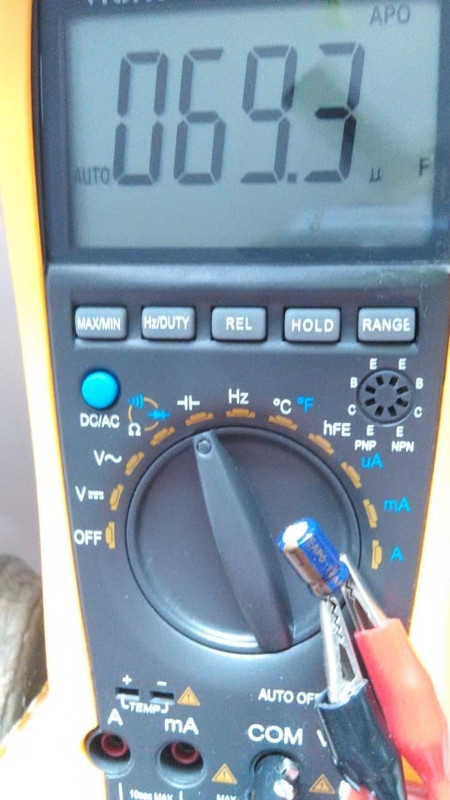 d) Being a perfectionist, I wanted the best new capacitor from my kit and that's what the VC99 is great for, after measuring about 20-30 of them, I chose this one: 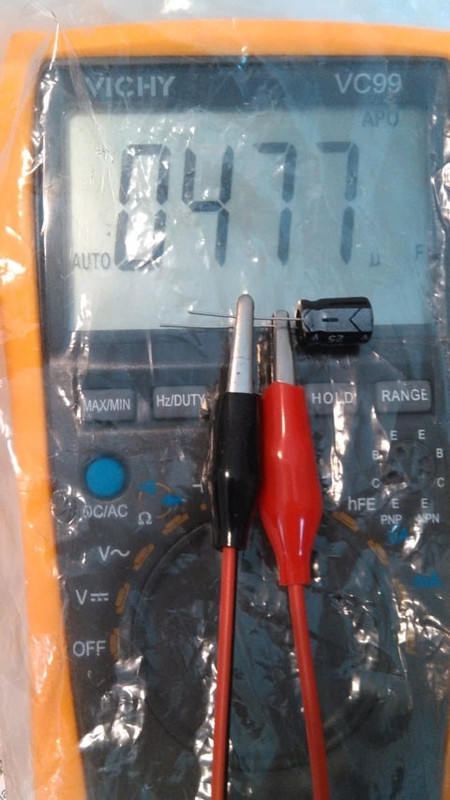 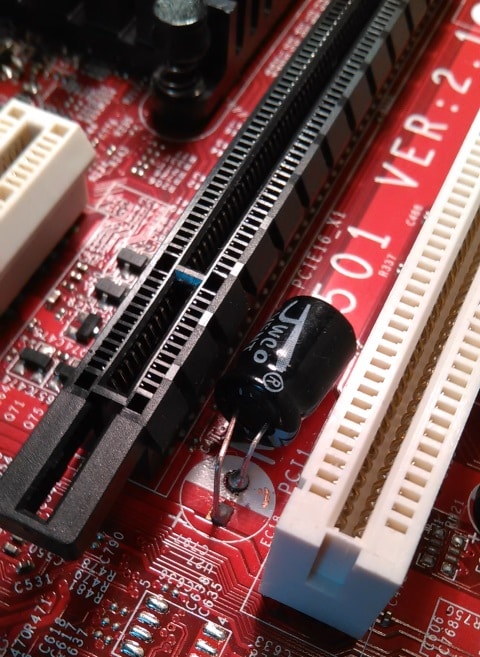 f) So, after putting my PC back together again and turning it on, was I successful.... DOH!!! SAME PROBLEM!!! NOOOOOOOOOOOOOOOOOOOOO!!!!

3) WHAT NOW ?? Then it occurred to me, I tried to think, the only other time I can remember that this happens is with bad memory modules, the PC stops, beeps about a problem, a card or memory module not fully or properly inserted... So, I removed these 2 newer 1GB DDR2 modules I had installed...rebooted and EUREKA!!! The computer would boot again... YAAAAY!!! They did in fact go bad, one or both, dunno yet, but yeah...

Thankfully, my neighbor had given me a Win7 box, I took out 2 GB modules, and got my rig up to 6 GB now running with Win7 64-bit, so the swap file is obsolete. I got other 2 GB modules from my other neighbor too, so those went back to the old Win7 box I was given as a why not (I did upgrade it to Win10 and will have it around for testing/development).

OK, moral of the story, I took the whole computer apart to replace a dead capacitor, which IS a good thing, but while that looked like a CLEAR problem and should be corrected, it really wasn't, 1 or 2 memory modules had gone bad...

That's my story, if it ever helps you out, you're welcome.

Glad you got your machine up and running again. Yeah, that's what I always do first for computer repair is just start removing stuff entirely that is considered an upgrade or optional part. I've had this happen to me before too on a laptop with memory ram sticks, so I tend to remove the chip memory ram first and try booting the PC with just whatever memory ram is on the motherboard.

Probably wasn't a bad thing to replace that cap after all though. It looked like it was going soon.